I originally wrote this to my Last.fm journal, which is where I intended to put posts on music. But Last.fm completely resigned the site and removed much of its functionality, including the ability to write journals. So I’m migrating my most important journal entries from there to this blog. For reference, here is the original article on Last.fm.

I usually listen to music to accompany other activities rather than setting aside periods of time to just listen to music. So, one of the most important factors affecting what I listen to is what I’m doing. I commonly listen to music while writing, reading, working, and exercising. For reading, I like to listen to music that helps me focus. For focusing, I often prefer instrumental music, though music with lyrics is fine as long as my attention isn’t drawn to them too much. A steady rhythm, such as found in rock or fusion, often helps me focus, but when I’m already focused and just need to avoid distractions, ambient music can be best. For writing, working, and exercising, I often enjoy something that helps me move. In general, much of the music I listen to has to be good for focusing and moving. Other factors that are important to me are intellectual interest, emotional appeal, strength, aesthetics, and spirituality.

I often grow bored with simplistic pop music, but I do enjoy pop music with polyphony or complex rhythms. I enjoy many k-pop groups with multiple singers, and I enjoy the Russian pop duo t.A.T.u., because their music is complex enough to keep my interest. In general, I like music that can hold my interest through repeat listening. So I tend to favor music that is too complicated to memorize. I tend to favor psychedelic trance for exercise, because it is complicated enough to engage my intellect while also being rhythmic enough to exercise to. I also enjoy music that mixes the unusual or exotic with pop sensibilities, such as the genre known as exotica.

One of my complaints about some of the progressive rock and classical music I listen to is that it is lacking in emotional content. These can be very intellectual, which does appeal to me, but one of the pitfalls of this is less emphasis on emotional content. So I’ll balance these by listening to music that has stronger emotional appeal. Singer/songwriters account for much of this. Singer/songwriters tend to put more of their heart into their music than other musicians do, and they tend to express their emotions more in their songs. Some of the singer/songwriters I like best for their emotional appeal include Björk, Vienna Teng, Tori Amos, Heather Nova, Agnes Milewski, and Skylar Grey. Some of the bands I like for their emotional appeal include The Beatles, The Carpenters, U2, October Project, and Coldplay. Besides songs with lyrics, lots of instrumental music has strong emotional content. This includes romantic period music, instrumental versions of rock music, and some of the more emotional new age music.

While emotional appeal is important to me, I dislike mushy-gushy emotionality, such as in the music of Barry Manilow. I’m also not so much into very angry music. Anger is stiff and hard, tending to mask more vulnerable emotions. I prefer emotional expression with some degree of tenderness and vulnerability. Linkin Park is a good example of a band that mixes anger with a degree of vulnerability, making it more appealing to me than bands that just express raw anger.

While vulnerability in emotional expression is important to me, strength is also important to me. I enjoy bands that express strong, masculine energy, such as U2, Muse, and 30 Seconds to Mars. Many of the female artists I listen to also convey strength, though more in the sense of remaining firm than in the sense of exuding strength. Some of the stronger female artists I listen to include the k-pop groups 2NE1 and After School, the latter mainly when Bekah was a member. I also enjoy the strength of Blondie.

My sense of aesthetics tends to favor female singers, especially in a mid to low range. In terms of just aesthetics, my favorite female singer is Mary Fahl, formerly of the band October Project. Her voice tends to be lower, deeper, and fuller than other female singers I listen to. I don’t like a female voice to be too high, too rough, or too jagged. I normally prefer a smooth, talented, beautiful voice. Some of my favorite singers for their voice include Marié Digby, Sheila Chandra, Mariee Sioux, and Karan Casey. Although I prefer female singers, I also listen to good male vocalists. Some of my favorite male vocalists include Sting, Neil Diamond, Boyce Avenue, Sully Erna, and John Payne.

Besides the aesthetic preference, there is another reason I prefer female singers. There are two ways of listening to music, and they are not mutually exclusive. One is to listen to music for the enjoyment of it as music. The other is to listen to music to feel closer to someone. There are many examples of how this works, such as a couple having their song, people singing hymns in church, or the audience feeling closer to the performer. When I listen to a song, I usually feel closer to the singer if she is female. This is especially the case for more intimate singers, such as Heather Nova or Amy Grant. When male singers try to convey intimacy, Barry White being the example that comes to mind, it turns me off. Neil Diamond may be an exception here, because his voice conveys the intimacy of a loving father or friend, which is very different than what Barry White is trying to convey.

In general, the appeal of a male voice depends mainly on musical qualities, and the appeal of a female voice can also stem from my sexual attraction to the voice. This gives the female voice a decided advantage, and a good female singer can get me to listen to genres I would normally have no interest in, such as country, opera, avant garde, and Indian chanting.

Some of my favorite acoustic instruments include the piano, the cello, and the violin. I listen to lots of piano music and lots of string quartet music. I also enjoy electronic sounds a lot and listen to a lot of electronic music. I enjoy a lot of beautiful music. Keiko Matsui, a Japanese jazz pianist, plays some of the most beautiful music I have ever heard.

I enjoy some degree of pop sensibility in the music I listen to. I understand that pop music includes features that help make it more appealing to a larger audience, and I recognize that these catchy features of pop music also help it appeal to me more. Although I also enjoy the avant garde and unusual in my music, I usually prefer some mix of pop and avant garde over music that goes too far to either extreme. A good example of this is the songwriting team of John Lennon and Paul McCartney from The Beatles. They did better music together than they did apart, because Lennon’s avant garde sensibilities and McCartney’s pop sensibilities helped balance each other. Another example is Asia, the band that got me into progressive rock. John Wetton, despite his experience with King Crimson, was very pop-oriented, and Geoff Downes, despite his brief membership in Yes, had recently been in the new wave group The Buggles, whereas Steve Howe and Carl Palmer had deeper roots in progressive rock. Their first album, Asia, was excellent, because it mixed their pop and progressive sensibilities well, but on the second album, Alpha, Wetton and Downes wrote all the songs, and it was disappointing compared to the first album. One more example is Björk. At least for my favorite of her albums, Debut Live, Post Live, Vespertine Live, Homogenic Live and their studio precursors, she tends to be both avant garde and pop in a manner that other artists find hard to pull off. Some of her later work gets too avant garde for me, but these earlier albums pull off the right balance of avant garde with pop.

Another factor that matters to me is spirituality. For me, this is not something specifically religious. Music that feels spiritual to me includes lots of slow new age music, Hindu chanting by Deva Premal or Sheila Chandra, gregorian chant and the music of Hildegard von Bingen, the soundtrack to Godspell, and the music of Amy Grant. You may notice that this covers a spectrum of religious persuasions. I tend to form my beliefs on the basis of reason and evidence instead of on the basis of what songs I like. Qualities of spiritual music include being peaceful and meditative, or being joyous, or being introspective and meaningful. I don’t go for showy religious music, such as a lot of Gospel music, since those are more about group identification with religion. Particular songs that feel spiritual to me include

One last thing to note is that I’m not a purist. I’m not devoted to one style of music with the wish to keep it uncontaminated by other styles. I often enjoy mixed styles of music, such as classical crossover, world fusion, and third stream. Some good examples include Jacques Loussier and Opera Swing Quartet (OS4), who play jazz versions of classical music, Wendy Carlos and Isao Tomita, who play electronic versions of classical music, Afro Celt Sound System, which mixes African and Celtic styles of music, and Vitamin String Quartet, which plays string quartet covers of popular music.

Lastly, I don’t require everything I mentioned to be together in equal amounts or in full measure. The music I listen to often depends on my mood and energy levels. Sometimes I want to listen to something strong and powerful, and sometimes I want to listen to something calm and relaxing. I sometimes prefer fast music and sometimes prefer slow music. Accordingly, my tastes cover a wide range of styles and artists. I don’t expect to get everything from one artist, and I listen to a wide variety to get everything I need from music. Still, some mix is usually preferable to music with only one of the qualities I like. 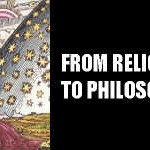 From Religion to Philosophy