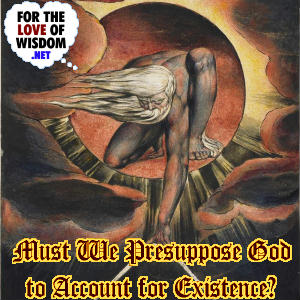 Proof #2: The Leibnizian Argument From Contingency

Why is There Something Instead of Nothing?

God, and Only God, Perfectly Explains This

If God exists, then God is something. And this poses an even greater mystery. God is not any mere something. God is an intelligent, omnipotent, volitional being. The chances of such a being popping into existence are infinitesimal. Imagine the odds of a tornado going through a junkyard and producing a Boeing 747. The odds of a being with the power to make this happen just popping into existence are even less. Complexity does not appear out of the blue. The first musicians didn’t play in orchestras. The first musical instruments were not electronic synthesizers. The first computers were abacuses, which were manually-operated CPUs, useful only for arithmetic. My first computer had one millionth the RAM of my present computer (8Kb vs 8Gb), and it could not be used for word processing, telecommunicating, listening to recorded music, or watching video, all things I can use my present computer for. You began life as a single cell that gradually developed into a conscious and intelligent human being. The DNA that provided the instructions for building you is the product of billions of years of evolution by natural selection. Super-powered mutants like the X-men have never suddenly appeared, because such incredible complexity never appears without a long history of ancestral forms. We can easily account for complexity without God. It is just a matter of time and natural evolutionary processes.1 But when we account for existence by presupposing a divine creator, the problem of complexity becomes insoluble. God cannot possess power, morality or intelligence without complexity, and that complexity has no explanation if God is to be the explanation for existence.

The Forbidden Fruit May Have Been a Mushroom