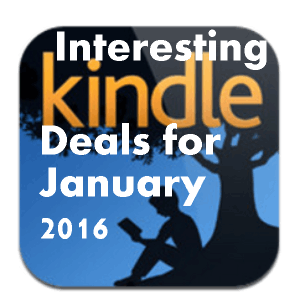 I normally read on a Kindle, and Amazon regularly offers daily deals and monthly deals on books. These are opportunities to pick up interesting books at a fraction of what they usually cost. This month, there are over 1,100 monthly deals. Most of these are popular novels and the like. I combed through this to pick out the more interesting titles that I would be interested in reading and that readers of this blog might also be interested in. If I do point you to something you want to read, please help out this site by purchasing it through the Affiliate link in the article. Since I have not read most of these books, and I wanted to publish this post sooner rather than later, I have not had much to say about many of them. To help you in finding something interesting, I have grouped the books by category, and I have alphabetized the categories. These are Aesthetics, Blogging, Career, Ethics, Fiction, Happiness, Health, Religion, Self-Help, and Science.

is the title of a Celine Dion album. I’m no fan of Celine Dion. She is an artist I generally can’t stand to listen to. What makes me interested in this book is that the author feels the same way about her, and the book is really an exploration of why some people have bad taste. The subtitle is “Why other people have such bad taste.” Here is a choice excerpt from the sample:

From the start, her music struck me as bland monotony raised to a pitch of obnoxious bombast – R&B with the sex and slyness surgically removed, French chanson severed from its wit and soul – and her repertoire as Oprah Winfrey-approved chicken soup for the consumerist soul, a neverending crescendo of personal affirmation deaf to social conflict and context.

Since I maintain a blog, it’s natural that I would interested in Blog, Inc.: Blogging for Passion, Profit, and to Create Community

How to Find Fulfilling Work (The School of Life)

is from The School of Life, which has a YouTube channel on philosophy and living a better life.

In The Humanities and Public Life

, Peter Brooks bring up the idea that there is an ethics of reading. He believes that studying the humanities fosters an ethical approach to reading, an approach he finds lacking in those who read things in a legalistic way for the sake of finding loopholes to justify something unethical. So, he organized a conference on the subject, and this book consists of speeches given at that conference.

, which is about becoming more effective though principled living.

The Color of Magic (Discworld Book 1)

is the first book in Terry Pratchett’s Discworld series. Discworld is a flat, circular world that lies on the back of a giant turtle who floats through space, and it is a place ruled by magic rather than scientific law. The Discworld series is a parody of the fantasy genre, and the books are more humorous than serious. I have already read a few books in the series, including this one. Generally, I would say that Terry Pratchett is to fantasy as Douglas Adams is to science fiction.

For The 100 Simple Secrets of Happy People

, David Niven has researched the extensive academic literature in psychology to uncover secrets to being happy that you would otherwise come across only by reading the academic journals themselves. He boils down the key take-away points from several studies, so that you can benefit from the research on happiness without being an academic in psychology.

Code to Joy: The Four-Step Solution to Unlocking Your Natural State of Happiness

In The Good Life According to Hemingway

, A. E. Hotchner, who traveled with Ernest Hemingway for 14 years, offers up a collection of Hemingway’s thoughts on living the good life.

, Timber Hawkeye offers practical advice on using the principles behind Buddhism to improve your life. This is not a book on becoming a Buddhist. The Amazon page quotes the Dalai Lama as saying, Don’t try to use what you learn from Buddhism to be a Buddhist; use it to be a better whatever-you-already-are.

Instead of going to the medical experts who are supposed to know how not to get sick, Gene Stone has turned to the people who actually don’t get sick all that frequently, so that he can find out what distinguishes them from those who do get sick on a routine basis.

In The Alzheimer’s Prevention Program: Keep Your Brain Healthy for the Rest of Your Life

, Gary Small discusses how you can strengthen your memory, add brain-protecting foods to your diet, exercise your brain, and reduce stress.

No Sweat: How the Simple Science of Motivation Can Bring You a Lifetime of Fitness

In Why Our Children Will Be Atheists

, Albert Williams criticizes religion and expresses his hope that religion will soon be a thing of the past.

puts the text of the New King James Version in chronological order.

To Explain the World: The Discovery of Modern Science

by Steven Weinberg. I’m often interested in books that explain science to the lay reader, and this appears to be one.

20,000 Days and Counting: The Crash Course For Mastering Your Life Right Now 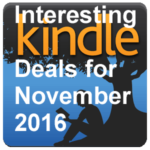