As he explains in the Big Think video above, Neil deGrasse Tyson identifies himself as an agnostic, not as an atheist. Let’s consider how he makes the distinction. He associates the word atheist with active atheists who have debates or seek to change policies, and he says this is not what he is about. He says he is mainly an educator and a scientist, who is trying to get people to think. This may be more connotation than denotation. He doesn’t identify with what he associates the word with, but that doesn’t mean it doesn’t denote him.

He also questions why the word atheist even exists. He points out that there isn’t a word for non-golf players or non-skiers. He may have a point here. Although I’m a non-skier, I don’t identify with not being a skier, as if that is some important part of me. It is normal for people to identify themselves by the groups they belong to rather than the groups they do not belong to. For example, having a favorite sports team is a big deal for some people, a huge part of their identity. But for me, I have no interest in sports, and I don’t go around identifying myself as a non-sports fan. I just hardly think of sports, at all. Tyson feels that the word atheist would define him only in terms of what he is not, not in terms of what he is. Whereas the word agnostic speaks to his scientific, evidence-demanding mindset, better describing what he is actually about. So, it is understandable that he would prefer the term agnostic.

But he doesn’t actually define his terms and explain in an analytic way why he is an agnostic, not an atheist. Rather, he complains that when people think he is an atheist, they think they know all about him. He is not approaching this in a taxonomic way of determining which categories he belongs to. Instead, he is approaching it in terms of what labels he cares to associate himself with. To some atheists, there is probably a sense that denying his identity as an atheist is like Peter denying Jesus, more a matter of practicality than of truth. This is the impression of Devon Tracey, who has posted a video on his Atheism-is-Unstoppable-4 channel called Neil DeGrasse Tyson’s Cowardly, Dishonest Stance On Atheism. In this video, Tracey includes an interview with Tyson, which he sometimes pauses to add his own comments. I’ll quote a bit from the interview.

Neil deGrasse Tyson says to the interviewer, I remain unconvinced by any claims anyone has ever made about the existence or the power of a divine force operating in the universe.

The interviewer responds, So from that perspective, let’s say you don’t believe in gods for…

Tyson cuts him off with, That’s not what I said! I said I remain unconvinced. I prefer my words than your…

If there is a distinction here, it is that it is possible to believe in claims you are unconvinced of. With respect to belief in God, there have been philosophers who choose to believe in God despite remaining unconvinced by the evidence. Kierkegaard championed taking a leap of faith. Pascal has argued that one should wager on God existing, because the reward will be great if God does exist, and it won’t make any difference either way if God doesn’t.1 In The Will to Believe

, William James has argued for willing oneself to believe with regard to options that are living, momentous, and forced. These philosophers are known as fideists, people who choose religious belief despite acknowledging the lack of evidence for it. Of course, this distinction would matter here only if Tyson is a fideist.

Tyson goes on to say, I don’t use the word believe, because I am very evidence-driven.

The Presumption of Atheism

This brings us to two different senses of the word atheist. In an article called The Presumption of Atheism, Anthony Flew proposes a distinction between a negative atheist and a positive atheist. He says,

Whereas nowadays the usual meaning of atheist in English is someone who asserts that there is no such being as God, I want the word to be understood not positively but negatively. I want the originally Greek prefix a to be read in the same way in atheist as it customarily is read in such other Greco-English words as amoral, atypical, and asymmetrical. In this interpretation an atheist becomes: not someone who positively asserts the non-existence of God; but someone who is simply not a theist. Let us, for future ready reference, introduce the labels positive atheist for the former and negative atheist for the latter.

Michael Martin followed Flew in this distinction, and it has become popular among people identifying themselves as atheists. The distinction is sometimes referred to with other terms. Negative and positive atheists are sometimes called weak and strong atheists, or agnostic and gnostic atheists. In The God Delusion

, Richard Dawkins has presented a scale from 1 to 7, where those at 1 claim to know that God exists, and those at 7 claim to know that God does not exist. Dawkins describes those at 7 as strong atheists, and he describes people near but below 7 as de facto atheists. Dawkins categorizes himself as a de facto atheist, placing himself at 6.8 on his scale. Since Tracey includes Dawkins in a lineup of atheists he features in his videos, and he claims Tyson as an atheist, I assume he has the negative sense in mind.

Flew makes a distinction between an agnostic in the usual sense and his notion of a negative atheist. In the common sense of the word, an agnostic is someone who has an idea of God but isn’t sure whether God actually exists. But a negative atheist does not have to have any concept of God. He may fail to believe in God simply for being unaware of any meaningful concept of God. This would include babies, who are just too young to think about such things, and philosophers, such as logical positivists, who consider the idea of a God unintelligible and meaningless.

The main motivation behind Flew introducing the notion of a negative atheist is to squarely place the burden of proof on the person claiming God exists. For Flew, it is the responsibility of the person claiming the existence of God to clarify what he means by God and to present evidence for God’s existence. He likens the presumption of atheism to the presumption of innocence in a court of law. In the United States, courts follow the procedure of presuming that someone is innocent until proven guilty. This does not mean that guilty people are regularly getting off scott-free. It means that it is the responsibility of the prosecution to prove guilt. The prosecution, understanding that someone is presumed innocent until proven guilty, makes the best case it can to prove guilt. When it comes to determining whether God exists, Flew favors a presumption of atheism until God’s existence can be proven. This doesn’t mean that an atheist is committed to atheism or that atheism is more rational than theism. It just means that he requires a clear concept of God and sufficient evidence for it before accepting God’s existence. In fact, Flew is a good example of this. In his 80’s, he switched from atheism to deism.

Tyson seems to be an atheist in exactly the same sense as Flew was. Tyson presumes the non-existence of God until there is sufficient evidence for God’s existence. As a scientist, Tyson is very evidence-driven. He treats the idea of god like he would another scientific hypothesis, and he doesn’t accept it until sufficient evidence convinces him of it.

But what about agnosticism? Flew has mentioned that in the common sense, an agnostic has an idea of God but isn’t sure if that concept has any reality. I don’t know if that is Tyson’s position or not. But Flew favors returning to the original sense of agnostic introduced by Thomas Henry Huxley. The article I linked to above is a chapter from a book, and he didn’t get around to discussing how he understands agnosticism in this chapter. In a review of God, Freedom and Immortality, the book this article came from, Michael Martin writes, "This presumption of negative atheism is reinforced by the principle of agnosticism, the view that one should proportion one’s belief to the evidence."

Writing in Agnosticism and Christianity in 1899, Thomas Henry Huxley, who coined the word agnostic, writes,

The people who call themselves Agnostics have been charged with doing so because they have not the courage to declare themselves Infidels. It has been insinuated that they have adopted a new name in order to escape the unpleasantness which attaches to their proper denomination.

This seems very familiar, given how Devon Tracey has reacted to Tyson calling himself an agnostic. Huxley goes on to describe the principle of agnosticism as saying that it is wrong for a man to say that he is certain of the objective truth of any proposition unless he can produce evidence which logically justifies that certainty. 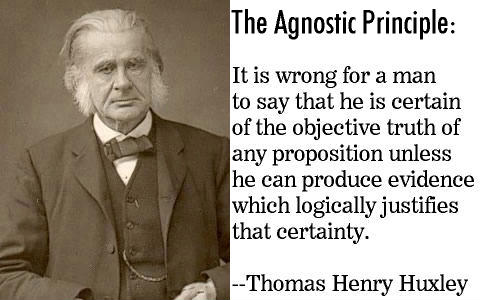 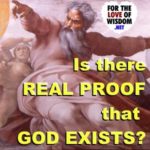