In recent years, we have heard of something called the New Atheism. This has centered around atheists who have been especially open about their criticism of religion, particularly Richard Dawkins, Christopher Hitchens, Sam Harris, and Daniel Dennett. Some people seem shocked by this, as though they expect atheists to keep quiet about their beliefs and let others believe as they will. I recently read a book that would easily fit in with the work of these so-called New Atheists, except that it was written in 1846. The book is An Apology for Atheism

by Charles Southwell, which I recently read as an ebook on my Kobo. It was published 13 years before Darwin’s Origin of Species

, and there is no mention of evolution in the book. Despite not having evolution in his arsenal, the author, Charles Southwell, who originally published the book anonymously, levels strong arguments against theism and Christianity.

Of particular note, since he never mentions evolution, is his criticism of the argument from design. As told by Paley, imagine that you had never known anything of watches before, and you happened to come across one. You would, he assumes, assume it has a maker, because, he believes, it obviously shows signs of design. In response to this, Southwell relates an actual account of someone who had never known of watches before and suddenly came upon one. Southwell writes,

never before having seen anything of the kind he thought it a living creature, and full of fear ran back among his neighbours, exclaiming that he had seen a most marvellous thing, for which he could conceive of no better name than CLICKMITOAD. After recovering from their surprise and terror, this ‘bold peasant’ and his neighbours, all armed with pokers or other formidable weapons, crept up to the ill-starred ticker, and smashed it to pieces.

Southwell points out that the reason we recognize watches as being designed is because we know from experience that humans are capable of and routinely do design such things. This man, who didn’t have this experience, responded to the watch as though it were a frightening animal.

Regarding the Cosmological argument, Southwell agrees that there must be something self-existent whose existence is not caused by anything else. He differs from theists by taking this to be matter.

Much of the book reminds me of The End of Faith: Religion, Terror, and the Future of Reason

by Sam Harris. Harris focuses on Muslim terrorism and shows why the actions of Muslim terrorists are in line with what Islam teaches. Southwell focuses on the Inquisition, and he brings up not only Catholic persecution of non-believers but also Protestant persecution. In particular, he points out that Queen Elizabeth of England (whom we would now call Elizabeth I) was even more of a butcher of heretics and non-believers than her Catholic cousin known as Bloody Mary. He points out that when you believe in a God who tortures non-believers for all eternity in Hell, it isn’t such a stretch to treat the same people you believe your God will torture so with the utmost brutality. He points out that Christians have often been guilty of brutal or horrific treatment of other people, and this is tied in with what their religion teaches them to believe.

I don’t know of any atheists as outspoken as Southwell before his time. Southwell accounts for this by mentioning the persecution non-believers have long been under. And it was not just social persecution, as it often is today, but violent and state-sponsored persecution. He brings up Bacon and Locke, whom he believes were actually atheists even though they professed belief in Christianity. He believes that in earlier times, atheists were more careful about what they said, because they feared for their safety. Southwell may have been writing in a safer time for atheists, given that the USA was already around in his lifetime. But even he published his book anonymously. Some of the most outspoken critics of religion in the previous century were Ethan Allen and Thomas Paine, but they professed deism, not atheism, and they were among the revolutionaries working to establish a government that guaranteed freedom of religion. Thomas Paine was even jailed in Europe for what he wrote. Thanks to them, atheists such as Southwell could speak out in the 19th century, and in the 20th and early 21st centuries, more critics of religion could speak up without the fear of violent persecution that early atheists, deists, and heretics met with in earlier times.

It is very much a good thing that people can openly criticize religion these days, even if only in some parts of the world. It is good that Christianity is less violent than it has been in previous times. But we should not let that blind us into thinking that Christianity is overall a good thing. It is the secularism of the United States that has spread around the world and tamed Christianity. Christians are safer to be around these days, because this is a secular society that guarantees freedom of religion. But there are still many Christians who echo the insanity of Christianity in earlier times. I once spoke with a Catholic priest who said we needed another inquisition. I said that any religion that kills people who disagree with it has something wrong with it, and I haven’t seen that priest since.

This book is available for free from the Kobo bookstore, and it has been made freely available by the Gutenberg project: http://www.gutenberg.org/ebooks/16512. 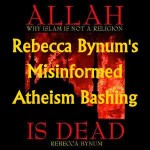 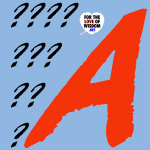