This is a response to 10 Questions for Every Atheist, which describes these as “Some Questions Atheist Cannot Truly and Honestly REALLY Answer!” It also says, “Which leads to some interesting conclusions…”. But it doesn’t say what those conclusions are. The questions appear in boldface and are copied verbatim from the web page linked above. My answers to them follow.

An atheist is someone who lacks a belief in anything he might call God. I studied religion, science, philosophy and mythology, and I came to the conclusion that the Abrahamic God is a myth, the idea of God in general doesn’t explain anything, cannot be proven by any argument, and isn’t evident, and some ideas of God just aren’t real. So I deny some concepts of God and lack a belief in any others.

Who knows? I haven’t died. What I am sure of is what will not happen. We will not end up in a place of eternal torment from which we may never escape. Such a place could not exist without God supporting it, and no God worthy of the name would make such a place. As I’ve explained at greater length in another article, There is no Eternal Damnation in Hell.

If there is a Heaven, that will be very nice. I understand HELL to be a place of eternal damnation to never-ending suffering. Anything short of this might be a Limbo or a Purgatory or something else, but none of those would be as bad as Hell. Anyway, even if there is a Hell, what guarantee do I have that you know how I can avoid going there? You may claim that I must be your particular brand of Christian to avoid Hell, but others will claim that I must be a different denomination of Christian or even a Muslim to avoid going to Hell. There is no universal agreement on this matter and no definitive way to tell who is right. If there is a Hell, I think my best bet is to go with the Atheist’s Wager. This response to Pascal’s Wager makes the assumption that if God is real, God would prefer those who use their minds to those who believe in things without evidence. As Thomas Jefferson has put it,

Fix reason firmly in her seat, and call to her tribunal every fact, every opinion. Question with boldness even the existence of a God; because, if there be one, he must more approve of the homage of reason, than that of blindfolded fear.

Now, if there it turns out that there is a Hell, I will feel bad that I can’t do anything to help release you from it. It would not just be all who enter the gates of Hell who would lose all hope. If Hell were a real place, all who lost loved ones to Hell would lose any hope for them. Although I don’t know you personally, I do care about fellow human beings, and if any were lost to Hell forever, I would feel bad about that. Hopefully, if I do go to Hell, I’ll end up in the first circle of the Inferno, as described by Dante. But since we’re talking about imaginary things, and different people imagine different things about Hell, it’s really hard to pin down just what I’d be doing if there were a Hell.

First, I recognize that my own life has value to me, not merely in a subjective way, but as the foundation of anything and everything that can have value to me. As long as I value anything, I must value my life. Second, I recognize that other people have the same relations to their lives as I have to mine. Just as my life is the foundational value in my experience of value, their lives are the foundational values in their experience of value. If I am to consider my life as inherently valuable, then I must accept that other people’s lives are also inherently valuable. Because of this, I know that it is against all morality for a God to consign people to a place of eternal torment. We might live in an amoral universe, undirected by a God, but I’m certain we don’t live in an immoral universe, directed by a sadistic God. But even if the universe itself is amoral, we have a responsibility to ourselves and others like us, to treat each other from a foundation of morality. In fact, we have more of a responsibility to be moral when we can’t count on the universe to operate morally. For more on this, I will refer you to these posts from this blog:

5.       If there is no God, can we do what we want? Are we free to murder and rape? While good deeds are unrewarded?

I don’t want to murder and rape, because my morality leads me to actually care about other people and not wish to do such things to them. Although there may not be reward or punishment in the afterlife, there are consequences to immorality people have to deal with when they live immorally. Let’s consider the virtue ethics of the Greek philosopher Aristotle. Aristotle believed that the ultimate end we seek in life is happiness, and a life of virtue was essential for true happiness. He didn’t mean virtue in the Puritan sense some people think of it. He regarded a virtue as a mean between two extremes. One extreme was an excess of some passion, and the other extreme was a deficiency of the same passion. A virtue was the habit of avoiding both extremes, so that the passion could be used responsibly without getting out of control. In contrast, a vice is the habit of regularly falling prey to an extreme. The Seven Deadly Sins identified by the scholastics are examples of vices. Each of these destroys people’s lives, and one doesn’t have to be motivated by an eternal reward or punishment to understand the need for avoiding them.

My life has meaning through living it well and through helping others live their lives well. Specific actions that give my life meaning include learning about the world, creating things that would not exist but for me, educating other people, helping other people, and loving other people. For discussion of this at greater length, I will refer you to these blogposts:

The universe as we know it evolved from a less orderly state. As I have already elaborated on in the following posts, order can arise from chaos through simple algorithmic processes.

As to why there is something rather than nothing, I can’t answer that. I don’t know. All I know is how to get from something to a universe. The creation myths of religion have never done any better than that.

I’m not aware that any miracles have ever happened. To my knowledge, not one miracle, or any vision of an angel or saint, has been adequately verified. Accounts of such things are routinely anecdotal. As for people claiming a connection with Jesus, I would expect them to have more uniform opinions than they do if their connections were with a real person. But the followers of Jesus are a widely varied bunch, making it clear that they are not receiving instructions from a common source.

I have read The Selfish Gene

and The God Delusion

by Dawkins and The End of Faith: Religion, Terror, and the Future of Reason

and The Moral Landscape: How Science Can Determine Human Values

by Harris. These are all good books. My main problem with the last one is that Sam Harris could have given a stronger philosophical foundation to his idea that human life has moral worth, and I have discussed this at length in the blogpost The Moral Landscape’s Definition of Good. I am skeptical of his denial of free will, but I have not read his book on it. I have seen all three in videos, and I generally respect and think well of them.

10.   If there is no God, then why does every society have a religion?

Let’s first look at the main reasons religion arose. One is that people wanted explanations for why things were the way they were and how things worked. In the absence of science, myths served the purpose of providing people with explanations. Another is that people wanted control over their destiny, and the idea that they could gain favor by offering things to more powerful beings made sense to them. A third factor is that people were afraid of dying, and they wanted some assurance of life after death. So people were eager to listen to claims of people who said they had died and come back. And a fourth factor was that some people saw the potential for using religious beliefs to exploit or control people. As these factors worked together, people formed religious beliefs, and evolutionary forces favored religious beliefs that had more staying power and greater reach.

In The Selfish Gene

, Richard Dawkins introduced the idea of the meme. A meme is a piece of mental content that can reproduce from mind to mind, and like a gene, its spread is subject to evolutionary forces. Just as different genetic lifeforms have evolved around the world, different memetic structures have also evolved. Just as the genetic code of a lifeform isn’t based on any master plan, the memetic structure of a religion is not grounded in a foundation of truth. It is just a mishmash of memes that have managed to hold together and reproduce successfully. Certain types of memes have staying power, such as the faith meme. The faith meme says you must not question it or anything associated with it. This meme helps hold together lots of nonsense. Memetic structures also spread or die out through violent conflict. When people subject to a particular meme structure kill off people subject to another, that favors the meme structure of the victors. According to Biblical records, the Hebrews wiped out people of other religious beliefs, and according to historical records, Christians and Muslims have frequently wiped out unbelievers too. Although Judaism wasn’t evangelical, it mutated into Christianity and Islam, which were both strongly evangelical, and Christians and Muslims converted much of the world, either through force or missionary activity. These are just a few examples of how memes have been subject to evolutionary forces. For many more details, read the The Religion Virus: Why we believe in God 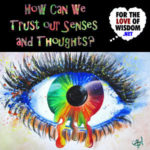 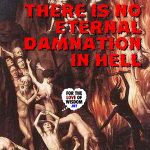