In The Moral Landscape: How Science Can Determine Human Values

, Sam Harris claims that we must “define ‘good’ as that which supports well-being” (12). While this is along the lines of my own axiology, I do not take this to be the very definition of good, and that is what I’ll take issue with. I understand “good” to mean that which has value, either intrinsically or instrumentally. The question then turns on what can have value. Value is not a bare quality, possessed by some things and not others. Value is grounded in the act of valuing. We did not discover that some things have value like we discovered that some things have mass, velocity, or solidity. Instead of that, we valued our lives, the lives of others, and various other things. We valued first, then said that the things we valued had value.

This line of thinking suggests that all value is subjective, but that would be mistaken. Yes, valuing is a subjective act. Value has its roots in subjectivity. But it is not a matter of anything goes. I cannot confer value on a life of drunken debauchery, for example, just by subjectively valuing it. There is a logic to value. When I value my life, that is a basic value. What will support my life best is an objective matter that I cannot change by subjectively valuing one lifestyle over another. This is indeed open to scientific investigation.

But what difference is there between valuing my life and valuing a particular lifestyle? When I value my life, I am treating my life as an end-in-itself, but in valuing a particular lifestyle, I am regarding it as a means to another end, namely the best life I might live. I could be mistaken about whether it suits this end, causing my subjective value of it to differ from its true instrumental value to me. But when I value my life, I am not making this mistake. I am not mistaking my life as a means to what truly has value. Rather, I am asserting that my life has intrinsic value to me. Indeed, without valuing my own life, the concept of value would fall apart and have no application to my life. By taking my own life as the root value, it becomes meaningful to me to value things subjectively, and it allows for things to actually be of instrumental value to me.

This act of valuing myself is the origin of real value. Without it, value is just an unintelligible concept. Without experiencing what value is by valuing our own lives, we could not even imagine that something beyond human experience, such as perfection or Platonic forms, could possess value.

To take value as a meaningful concept, and so to intelligibly speak of morality at all, we must accept the origin of value in the act of valuing, as I have described. Consistency adds the demand that we recognize intrinsic value in the lives of others who do the same thing, not just in ourselves. It can be tempting to fall into egoism, recognizing the intrinsic value of my own life without recognizing the intrinsic value of anyone else’s. But falling into this temptation fails to make the connection between valuing my life and recognizing that my life has value. When I recognize that valuing my life makes it truly worthwhile, I must recognize, to be consistent, that the same conditions making my life worthwhile make the lives of others truly worthwhile. This opens us up to the possibility of genuine morality, which begins with the recognition that each of our lives is of real, intrinsic value.

So what has intrinsic value? Something has intrinsic value when it does (or at least can) value itself. This requires two other properties. One is subjectivity, a phenomenological experience of what it is like to be oneself. The other is enough intelligence to conceive of oneself. Human beings possess both of these properties. Many animals may possess them too. This gives us a basis for saying that human life (and some other life too) has intrinsic value. Since well-being is the measure of how well off a life is, it follows that well-being is a measure of value. So I agree with Sam Harris that morality should be focused on improving and safeguarding well-being, and I agree with him that scientific investigation can be useful for figuring out how best to do that. My main issue with him here is that he hasn’t provided the philosophical foundation for stating this. This has opened him up to charges of scientism and the naturalistic fallacy. But by spelling out the meaning of “good” and explaining why well-being is good, as I have done here, these charges can be bypassed. 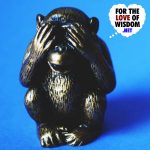